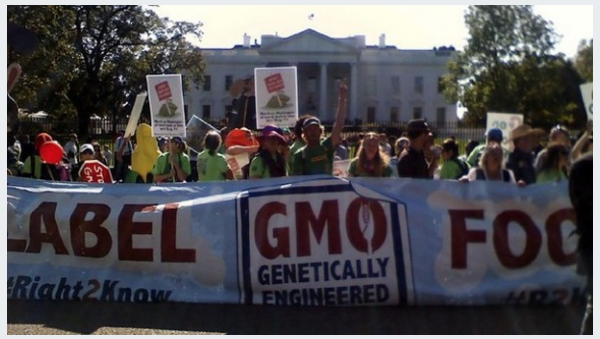 A new disclosure rule issued today by the U.S. Department of Agriculture will not help consumers easily identify food that has been genetically engineered or that contains genetically modified ingredients (GMOs), according to Consumer Reports.

Consumer Reports has long been a supporter of mandatory on-package labeling of genetically engineered food, on the grounds that consumers have the right to know what is in their food and make informed choices based on what is disclosed on labels.  But the new rule gives companies the option of providing disclosure via electronic means rather than providing on-package information.  And it exempts from disclosure large swaths of the food supply,  including soft drinks containing high fructose corn syrup from genetically engineered corn, and oil from GMO corn, soy and canola.

“The USDA’s new disclosure rule will likely keep many consumers in the dark about whether the food they buy has been genetically engineered,” said Michael Hansen, PhD, senior staff scientist at Consumer Reports.  “No information is required on the package and manufacturers can get away with simply providing a QR code and phone number for consumers to learn more.  Even consumers who have a smart phone and take the time to do that won’t necessarily get the full picture since many genetically engineered technologies and ingredients are exempt from disclosure.”

Under the rules issued today, companies don’t have to provide disclosure until January 2022.  They are given the option of using on-package labels, but those labels must say “bioengineered food,” a term not commonly used in the marketplace,, rather than the more widely used term “GMO with which consumers are familiar.”  Manufacturers are also given the option of providing disclosure through electronic means — via a scannable QR code, URL, or phone number.

“Not everyone has a smartphone or lives in an area with reliable Internet service,” said Jean Halloran, director of food policy initiatives for Consumer Reports.  “And even for those who do, it’s inconvenient to have to scan every food you put into your grocery cart.”

Many GMO foods were exempted from the disclosure rules, including highly refined oils and many soft drinks, on the grounds that they don’t contain detectable DNA.  However companies can keep track of whether a product is genetically engineered or not through basic recordkeeping.  And consumers want to know if the food came from a genetically engineered source, regardless of the detectability DNA.

The vast majority of corn, soy, canola, and sugar beets grown in the U.S. are now genetically engineered, and they are often used as ingredients in processed foods. Consumer Reports had urged the USDA to require disclosure using  easily recognized terms, such as “GE,” “genetic engineering,” or “GMO” and include highly processed ingredients.

Ninety-two percent of Americans believe that GMO foods – widely found in kitchens across the country – should be labeled before they’re sold, according to a 2014 nationally representative survey of 1,014 people conducted by Consumer Reports.

“The overwhelming majority of consumers want genetically engineered food to be clearly labeled,” said Hansen.  “But this rule fails to give consumers the information they deserve.  Consumers can, however, rely on labels such as “Non-GMO Process Verified” which will tell them if a food does not contain GMO ingredients.”

Thanks to BF for sharing this story with us @ ZERO-GMO!