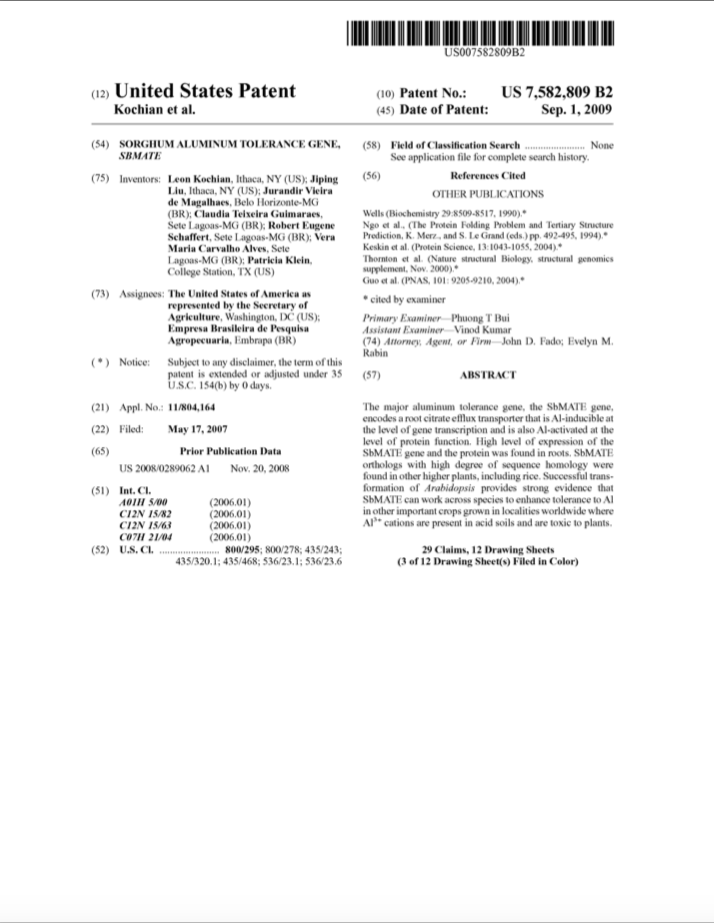 This invention relates to a major aluminum tolerance gene, SbMATE (for Sorghum bicolor member of the multidrug and toxic compound extrusion transporter family), that is responsible for the AltSB locus (for aluminum tolerance in Sorghum bicolor), cloned from sorghum along with its native promoter and regulatory regions, a construct containing the gene and a constitutive promoter, a vector containing the construct, and a method of transforming a plant utilizing the construct and vector, and plants, including staple crop plants, transformed with the gene construct having increased tolerance to aluminum toxicity.